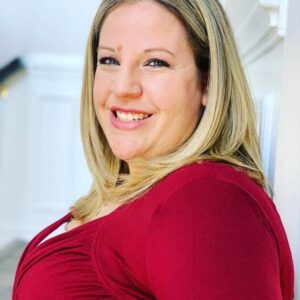 The United Way of Gloucester County (UWGC) is pleased to announce that Amber Burruezo will serve for a second year as 2022 Campaign Chair. For the organization’s 65th year, Burruezo will build upon the success and momentum she generated for the organization’s fundraising efforts in 2021. Burruezo began volunteering with the United Way in 2013, serving on the Campaign Cabinet as well as the Event Committee. In 2016, she was recognized for her time, talent, and treasure as a Spirit of United Way Award recipient. Burruezo is currently the Regional Communications Manager at Atlantic City Electric.

Michael Gower, Executive Director of United Way of Gloucester County, said, “We are extremely grateful to have the continued leadership and support of Amber Burruezo as this year’s Campaign Chair. Under her guidance, I’m confident local leaders, companies, and volunteers will be empowered to meet the needs of the community and collectively increase our impact.”

Burruezo is an ideal fit because of her passion for giving back to the community. The United Way made a personal impact for Burruezo as a child when her family sought assistance from partner agencies, such as the Food Bank, during times of unemployment or medical crisis.

“It is an honor to give back to the Gloucester County community and serve as the 2022 Campaign Chair,” said Burruezo. “I was raised in a home where giving back was just something you did and never thought twice about it. The United Way is an anchor in the Gloucester County community and together with neighbors, communities and local businesses, we are making a difference and focusing on the greatest needs in our area, and giving back without thinking twice. I am also lucky to work for a company like Atlantic City Electric that recognizes those needs in the community and supports organizations like United Way while empowering employees to give back.”

Burruezo will once again attend the United Way’s Annual Campaign Kickoff welcoming event attendees and volunteers. The Kickoff will be held at RiverWinds Community Center on Thursday, August 18th at 5 p.m. This is a free community event where attendees can enjoy food, face painting, mini games, and family fun. Employees from local companies and organizations will engage in friendly competition. It marks the official launch of the 65th annual fundraising appeal.

The United Way of Gloucester County is a nonprofit organization dedicated to Building Better Lives by funding impactful programs and initiatives. Check out their website at www.uwgcnj.org for more information.